The tablet testing instrument PTB 311E is a dual force mode hardness tester. It can be used for either linear force or linear speed increase while tablet hardness is tested. It offers a multiple point validation procedure for the built-in digital load cell. The instrument is made in strict compliance with the EP <2.9.8> and USP <1217> Pharmacopoeia. 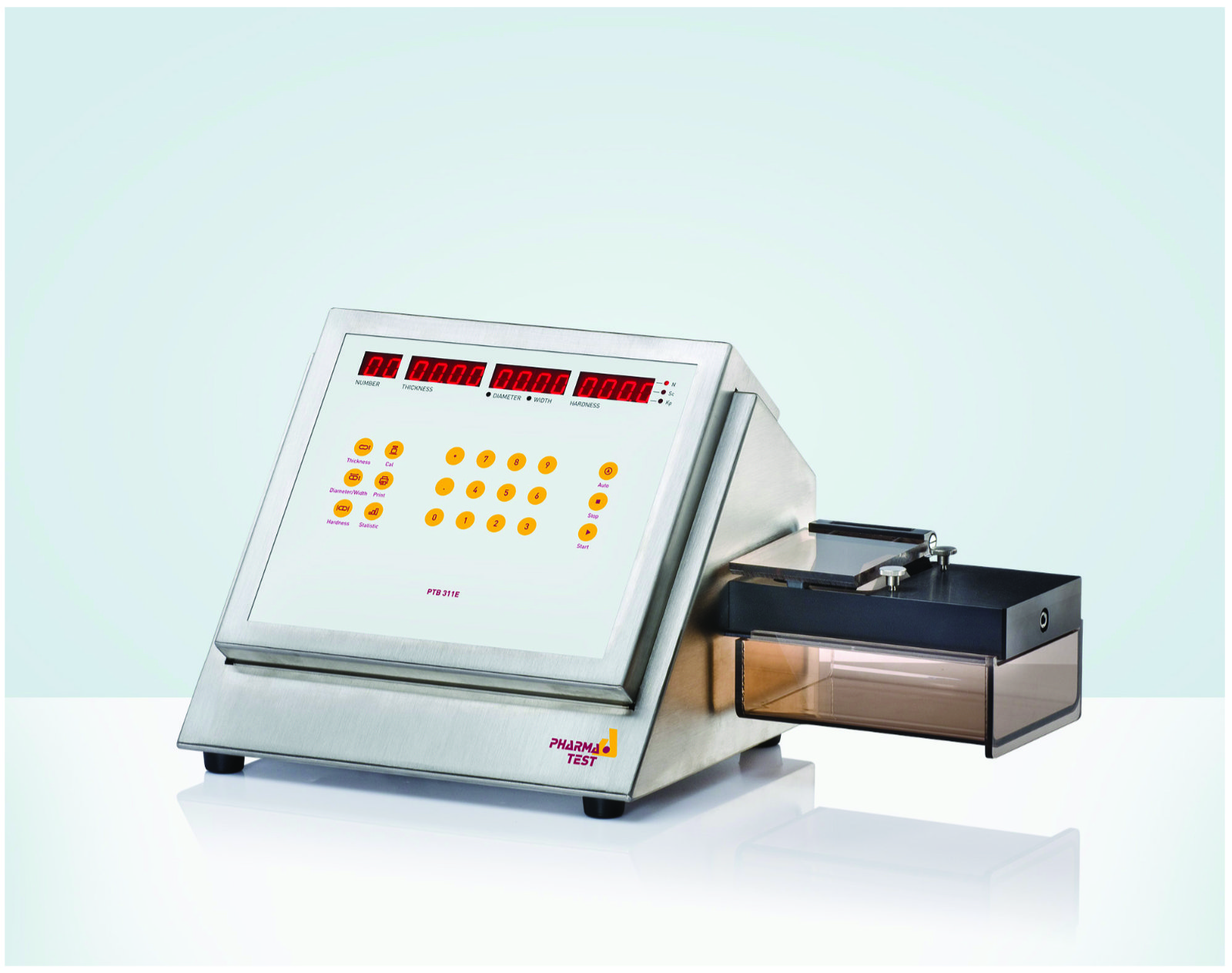 Enter the nominal test information for thickness, width, diameter (length) and hardness as well as a batch number via the PTB 311E keyboard. Now place the sample upright into the testing station and start the test. The jaw will move forward, touch and force the tablet at its highest point to measure the thickness, then reverse back so that the sample falls into a horizontal position. To measure the width of an oblong just rotate the tablet by hand so that the long side aligns with the force sensor. The jaw will move forwards against the force sensor and thereby detect the width of the sample in between. The jaw then returns to its home position. Now the tablet is positioned orthogonally to the force sensor to test its diameter (or length), immediately followed by its hardness (or tablet breaking force). The units to measure can be selected between mm or Inch, KP (Kilopond), N (Newton) or Sc (Strong Cobb).

The four results are immediately displayed. Diameter and width share a button and a display. A red LED light will indicate which function is actived, the display alternates between the values. Once the full series has been tested, a full print-out including each individual result, date, time, serial number of the instrument, batch number of the product tested, mean value and deviations of the test series can be printed via a connected PCL, ticket printer or dot-matrix printer.

In case you need to test hardness “only”, no problem; zero Thickness, Width and Diameter station and perform hardness tests only. For round tablets there is no need to enter any target value for width and this step and measurement can be skipped.

This flexibility and the reproducibility of the results have made the PTB 311E series a popular instrument and one of the bestselling tablet hardness testers worldwide.

Important settings like date and time are now protected by a user definable password. This ensures that any important setting that could change the results or how the instrument operates is performed by an authorized user only. The calibration interval setting, and all measurement parameters are protected by password as well. Changing the force and length units, setting the speed mode, touch force and break detection as well as the test distance and fault force are now protected from access by a standard user to avoid making any changes by mistake. All adjustments need access via password, but performing a validation is still possible for every user. Also, any user can still perform their tests with the instrument and document the results by print-out. The serial output of results is locked behind the password and must be activated by an authorized user.

Faster operated test jaw means lower reproducibility and often higher results. In order to offer the possibility to select an operating mode which will offer you similar results as the instruments you may already use, select the force mode, linear force increase or linear speed increase and select the same or similar rate. Also touch and detection force may be altered to suit the sample design specification. When the sample is touched the instrument switches to the selected mode and linear increasing rate. 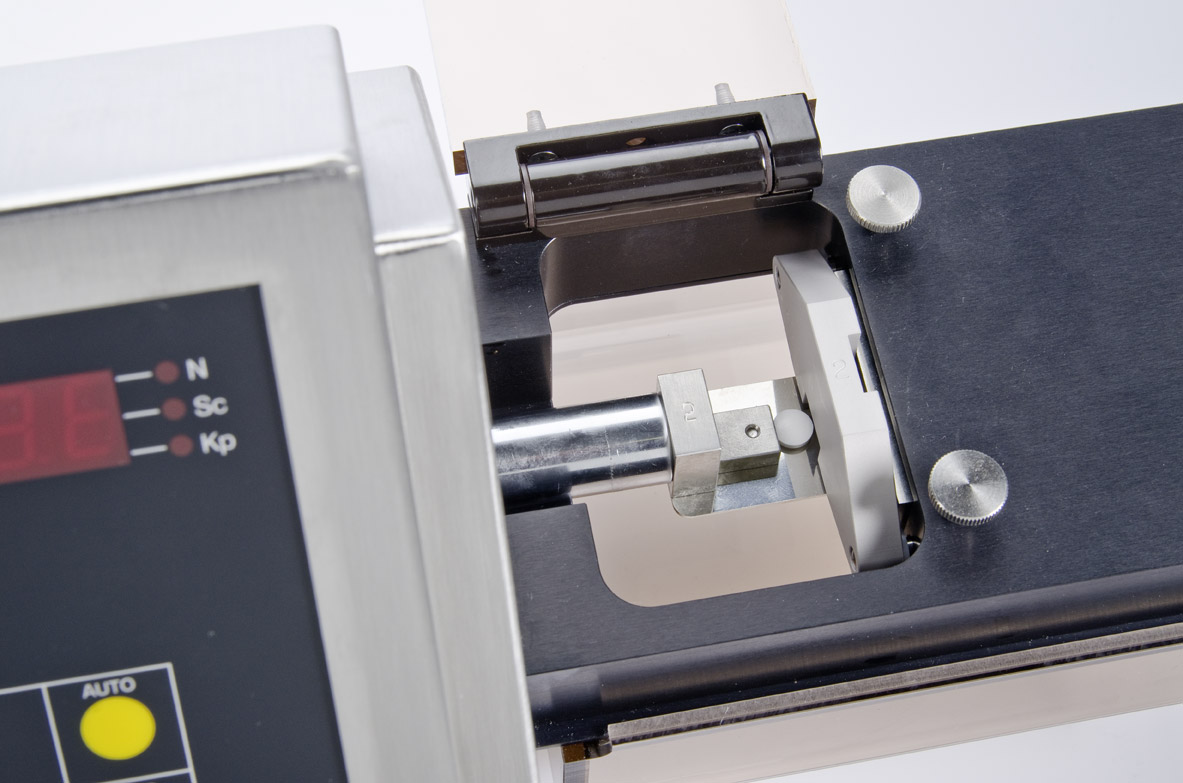 Force jaw moving towards a tablet for hardness testing

Which Force Mode Should Be Selected?

For more than 18 years all Pharma Test hardness testing instruments offer the possibility to select either linear force or linear speed increase. Linear force increase is the recommended setting as it offers the most accurate control, as the rate of increase is directly controlled by the electronic load cell used to read the force. Also it is quite simple to validate the correct and linear operation as a tablet having a hardness of 100 Newton will be broken within 5 seconds if 20N/s had been set as force increase rate. The test of “soft” tablets often requires an increase of the standard force setting, otherwise the sample gets deformed only but does not break. Linear speed increase can also be used. Here the driving speed of the motor is kept linear. Actually if the touching force is kept low there is not too much difference in results between the two systems but it is very difficult to validate the linearity of the drive speed. 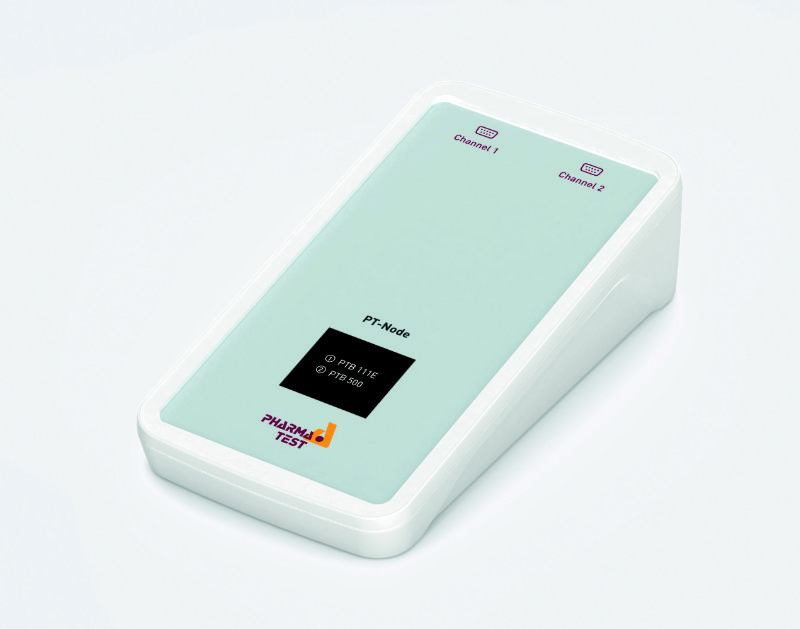 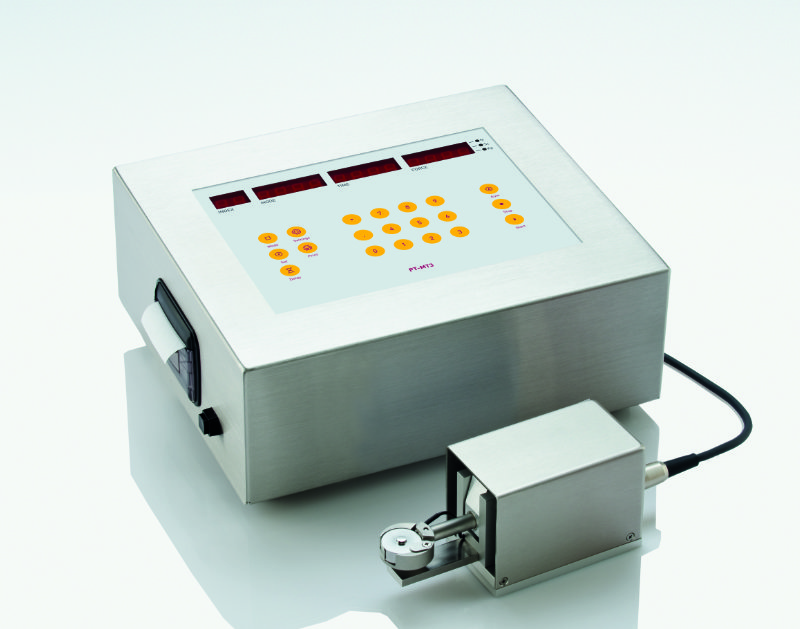 For the thickness and diameter station, certified reference blocks are used for both calibration and adjustment. Weight sets are used to calibrate and adjust the force sensor (load cell) of the instrument over the complete measuring range. For the two point adjustment (zero and reference) of the load cell inside the hardness station a certified reference weight of 10 kg is used. For validation purposes the use 5 up to 30kg certified weights is recommended. All adjustment and calibration results can be printed and countersigned.

To prove the linearity of the instrument, the operator can program a print-out of the force curve recorded during a test. This will show the linear increase of the adjusted force mode. Also different weights, like the PTB-CAL15 and PTB-CAL30 weight sets which include 5, 10, 15kg and 30kg (PTB-CAL30) using two additional 10kg weights for total 50kg, may be placed onto the load cell or the PT-MT and can be used to validate the linearity. Using the parallel port a Matrix or PCL5 printer can be added and using the RS232 COM port, all results can be transmitted to software running on a computer system.

The PTB 311E comes ready to use with the following standard scope of supply: 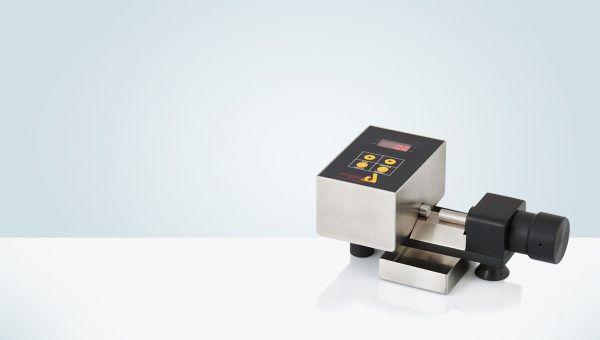 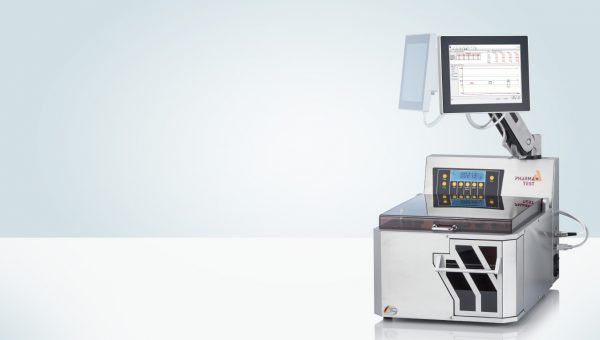